On Monday the grade eight class participated in an incredible four- hour drum making workshop. It was exhausting but the end result was worth it. We tied the pieces of the drum together, decorated the handle, and even created a drum sounder.

We were guided by Rick Monaco who has been a music educator and professional drum maker for over forty years.  He showed us an amazing drum from Africa, hand carved from a large log. Rick explained how a drum is similar to an ear. He explained to us that the deer hyde is from a company that takes deer parts from hunters who would have otherwise thrown it away. We were able to acknowledge that our drums were once living, but would have been thrown away rather than used for an incredible musical instrument.

We also discussed the significance of the drum in many cultures including both Jewish and First Nations cultures. In Judaism we hear of Miriam using a ‘tof’ to celebrate the new freedom the Israelites had upon leaving Egypt. In First Nations cultures, the drum is a tool used by spiritual leaders for healing and connection with the greater spirit. African drums are even called ‘talking drums’ and a used for communication between distant villages.

We were given a ring of wood as the frame for the drum, string, and wet hyde. Using these materials we were able to intricately tie the hyde to the frame and tie a handle with coloured string. After this we made our own sounder.

This whole experience was very insightful and meaningful for every student who made the drum, and even passers by who saw the amazing musical instrument we were creating.

We now better understand the culture of the First Canadians. 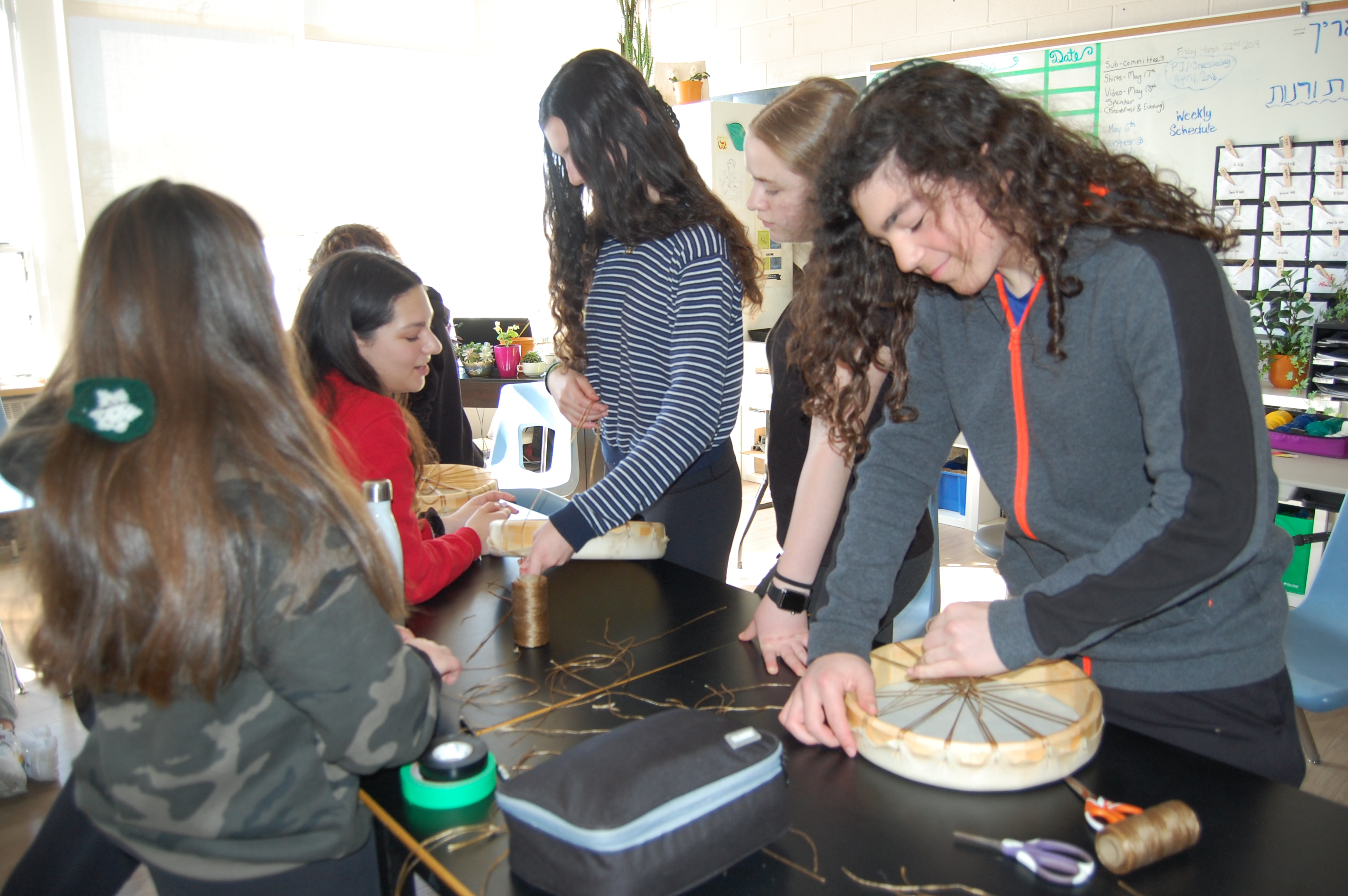 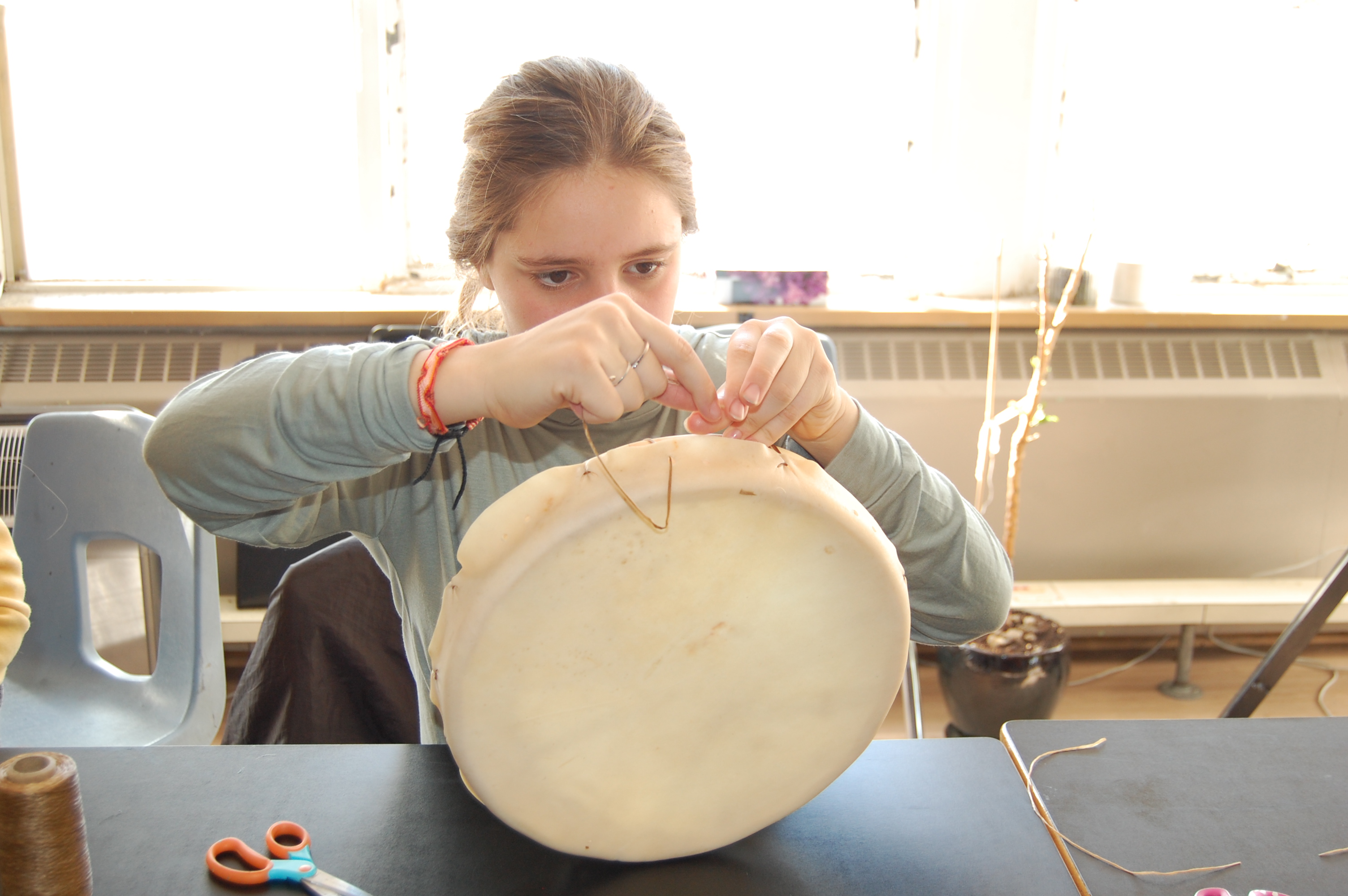 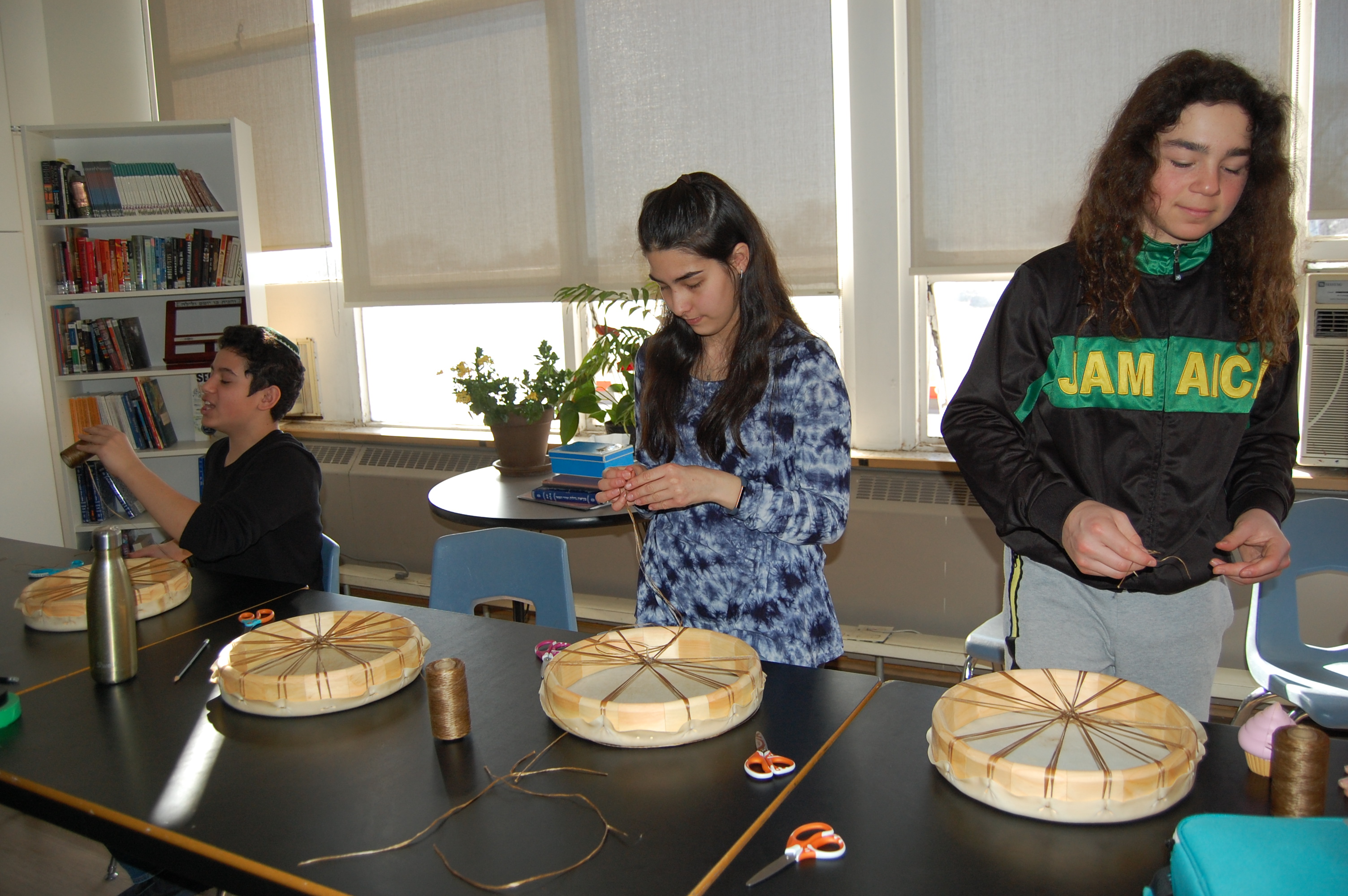 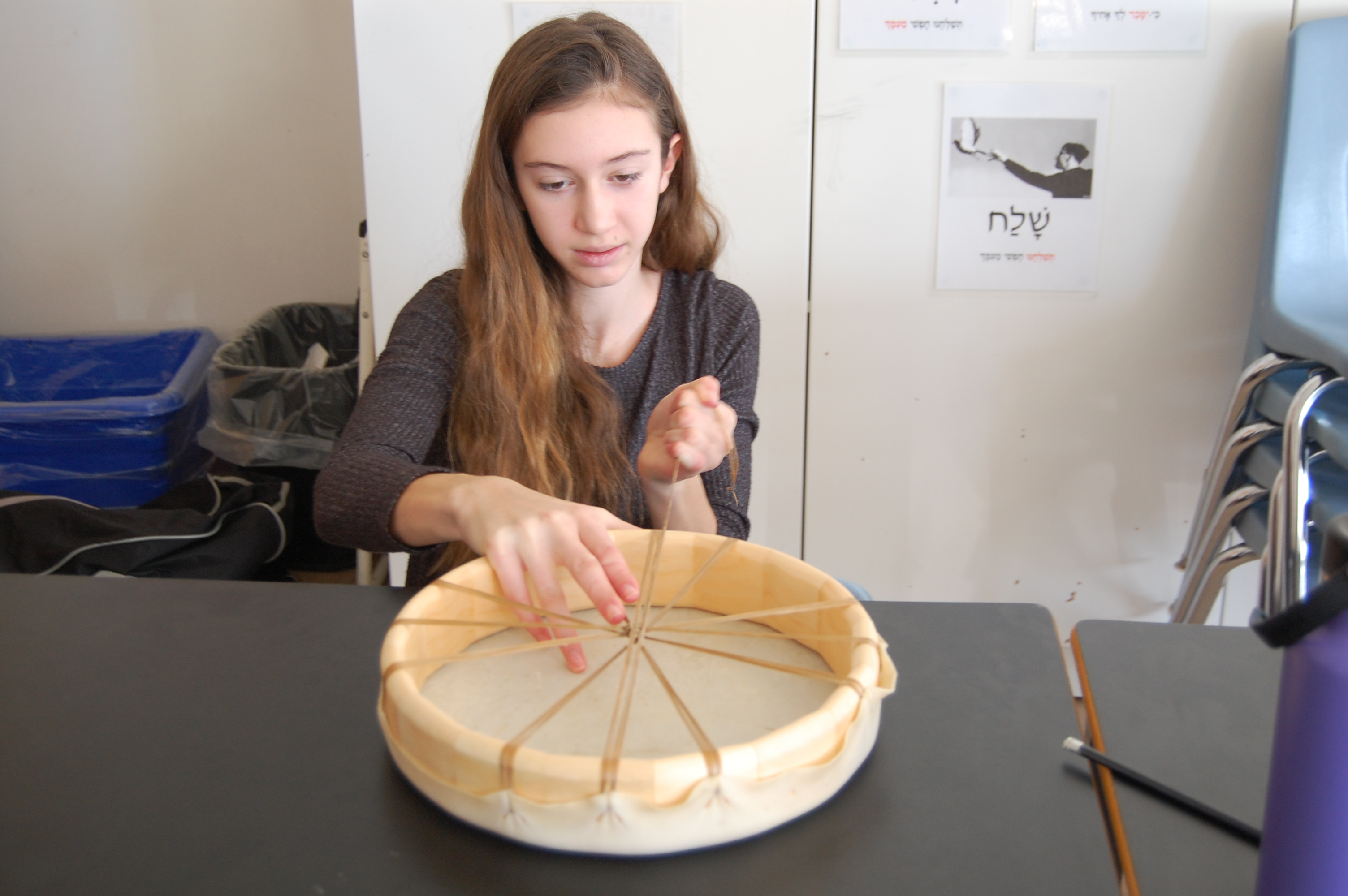 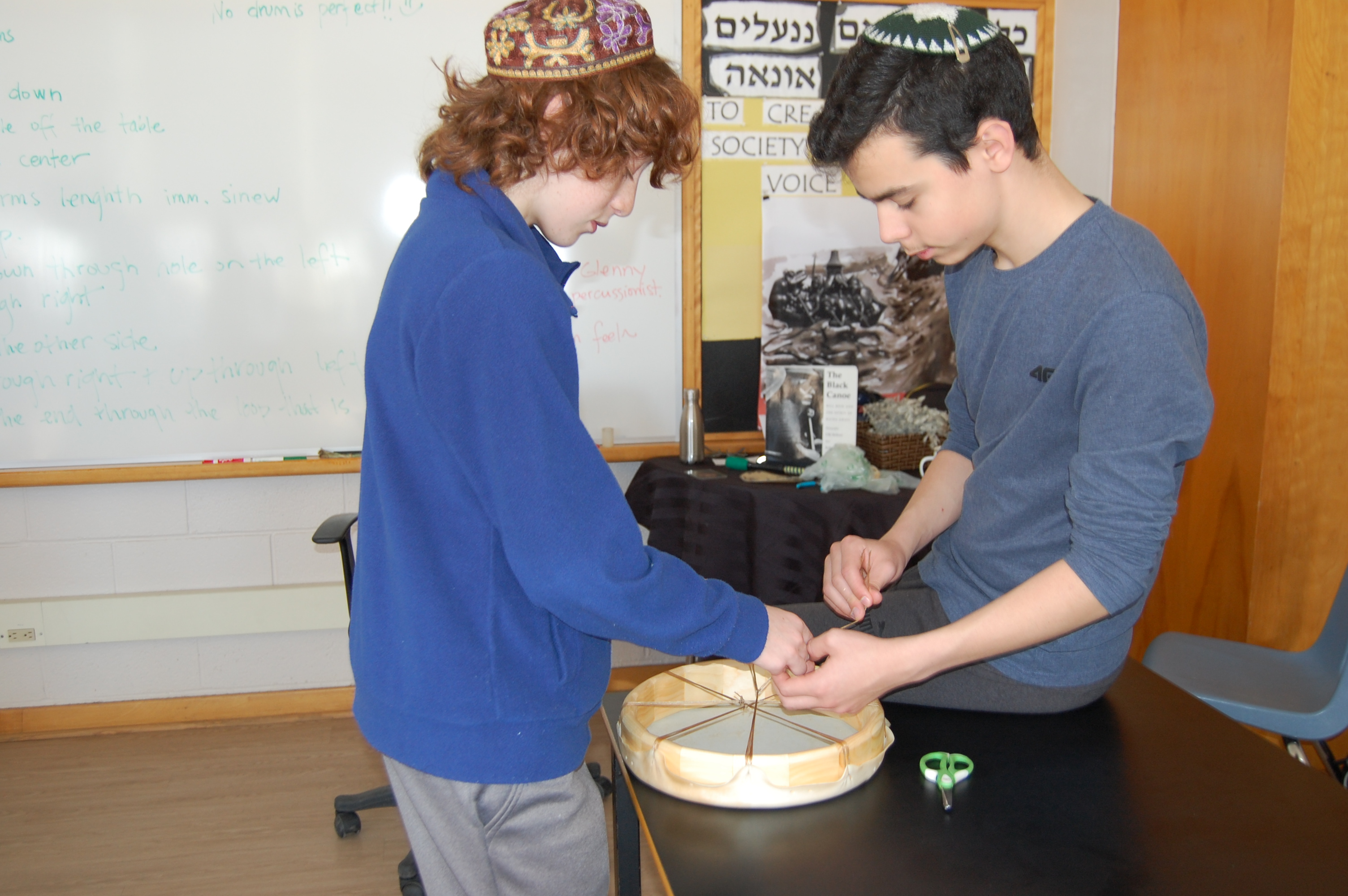