It’s almost a guarantee that at some point during children’s Jewish school years they will bake challah for Shabbat. How many, though, will make that bread with students from a nearby Islamic school? Likely not many, yet that’s exactly what the Grade 8 students at The Toronto Heschel School did last spring.

Eleven Toronto Heschel students joined 30 students from Thornhill’s As-Sadiq Islam School to knead, braid, and bake bread together, creating one of the more memorable moments in many of these students’ school experiences. “Everyone got their hands dirty together and talked,” says Dana Cohen Ezer, a Grade 8 teacher at Toronto Heschel. “It was amazing to see the walls come down and the smiles on their faces.”

But this wasn’t a home economics class. The activity was part of a larger study unit on cultural diversity—a core Grade 8 theme at Toronto Heschel. The students came together to learn about one another; they found out that 13- and 14-year-old Jews and Muslims have a lot in common.

At Toronto Heschel, Grade 8 is more than geometry and Shakespeare. Students tackle heady themes: independence, empathy, and the importance of the individual. They explore human rights, learn about First Nation Canadians, and study other religions and cultures.

While all these topics can relate to diversity, diversity itself is a specific focus for part of the Grade 8 year at Heschel. Understanding people who seem different is an important element to becoming an engaged global citizen, which is what The Toronto Heschel School wants its students to ultimately become. The teachers wanted to go past imagining others and host an honest encounter instead. Exploring diversity helps students understand that openness is better than fear.

“We teach our students that when a society is open, people learn from each other and good things can happen,” says Ezer. “If people fear one another, they end up destroying things. I love teaching the Golden Age of Spain when Spanish society was open to many cultures and peoples. Spain embraced diversity and blossomed.”

The Grade 8 diversity curriculum isn’t new. For the last few years, Ezer’s students have visited public schools and tried learn from a wide mix of their peers. The engagement generated a melting-pot feeling more than a clear grasp of diversity; it was not the cross-cultural learning that the Heschel unit required. So, last year, Ezer and her colleagues reconsidered what mix would drive the diversity message home. For a Jewish day school, having the students meet up with Muslim students was an obvious choice.

Staff did not want the Jewish–Muslim get together to simply parade different cultures and religions; they thought students would find it meaningful to meet peers in a school similar to their own. Ezer explains, “We chose As-Sadiq because, like our school, it’s a monotheistic, parochial, visibly religious school, not funded by the government.” Fortunately, the As-Sadiq Imam also thought it was a great idea, and commonalities jump started the engagement.

Ezer tells how the students were surprised by the parallels. Both schools aim for pluralism. Toronto Heschel has Conservative, Reform, and Orthodox minyanim (prayer groups); As-Sadiq is a Sunni school with Shia students.

The two schools met twice, once at each school. Day one took place at Heschel and began with a workshop in diversity training led by staff of Harmony Movement. Harmony staff talked about what diversity, stereotype, race, nation, and religion mean and how they relate to culture. “Kids can confuse race with religion, and religion with ethnicity,” says Ezer, “and the workshop helped them learn the right terms. Of course the day began with a sense of division, then someone from As-Sadiq spoke up, and like dominoes, all the kids began to talk.”

Heschel students invited their guests to join them for a lunch of Israeli food—falafel, mostly—and it was the first time that the students realized the two cultures were not as different as they had thought. “Half of them were laughing because we all eat Middle Eastern food,” says Ezer. “Falafel wasn’t news to anyone.”

Both student groups were familiar with the idea that practice and tradition foster a holy state. Students from both schools follow rules around prayer and around food: kashrut and halal. As-Sadiq students wash their hands in ritual before prayer, and the Heschel group began the shared meal with netilat yadayim (washing hands with a blessing). Ezer explains, “When we wash our hands and say a blessing, it’s not just about cleanliness; it’s a ritual from the time of the Temple to make us slow down and take pause. We bless bread and remember that our food comes from the earth.”

Another “we-can-relate” moment happened during the As-Sadiq’s students’ afternoon prayers. Everyone went to the music room and, while the Muslim students prayed, the Jewish students watched and thought about their morning prayers (tefillah) in the gym. “We saw that when the Muslim students placed a piece of paper on the floor to lay their foreheads on in prayer, they were making the same connection to earth as we do—dust to dust,” says Ezer. “It was revealing on several levels. Not only did they watch and listen and understand another religion’s call to prayer and connection to the earth, but students saw they were on the same playing field. Some Muslim students were really into their prayers and others, who were less so, were whispering in the background. Our kids saw themselves in the Muslim students.”

The entire day was filled with these kinds of revelations. Seeing girls their age wearing a hijab was eye-opening for the Heschel students. They discovered that, just as some Jewish-Canadian kids at day schools don’t cover their heads all day long, many Muslim-Canadian students don’t wear the hijab at home. “It surprised our girls,” Ezer says. “The hijab is part of the school dress code, just like the head covering at Heschel. We work hard to teach our kids to ask critical questions, so when they question the dress code, we say it’s a good thing.”

When it came time to bake challah, the two groups were well on their way to a new mutual understanding. While the Muslim students did learn about the Jewish Sabbath and why Jewish people eat challah on Friday nights, for most of the time, the teens talked, laughed, and got to know one another better. “When the dough is in your hands and you are all sitting there braiding, fences come down,” Ezer says. “Working the dough, they bonded.”  The As-Sadiq students took challah home to share with their families.

Two months later, The Toronto Heschel students went to As-Sadiq for day two and observed a math class. The game plan was to collect and analyze data and give students another chance to learn about one another as individuals. The questions flew back and forth—what kind of music do you like? how do you celebrate holidays? The kids plotted the data on a graph and discussed their results.

When it was all over, the students had indeed learned something about diversity. “They learned, on the one hand, that people aren’t nearly as different as we might have thought; and, on the other hand, they learned that there is a diversity of individuals in every group of people. says Ezer. She hopes her students grasped that acceptance and openness really do make the world a better place. “We don’t open ourselves up nearly enough,” she says. “Yet great things happen when people are inspired by one another.”

Bryan Borzykowski has written for many publications, including The New York Times and CNBC. He was a Toronto Heschel School parent until he and his family moved to Winnipeg. 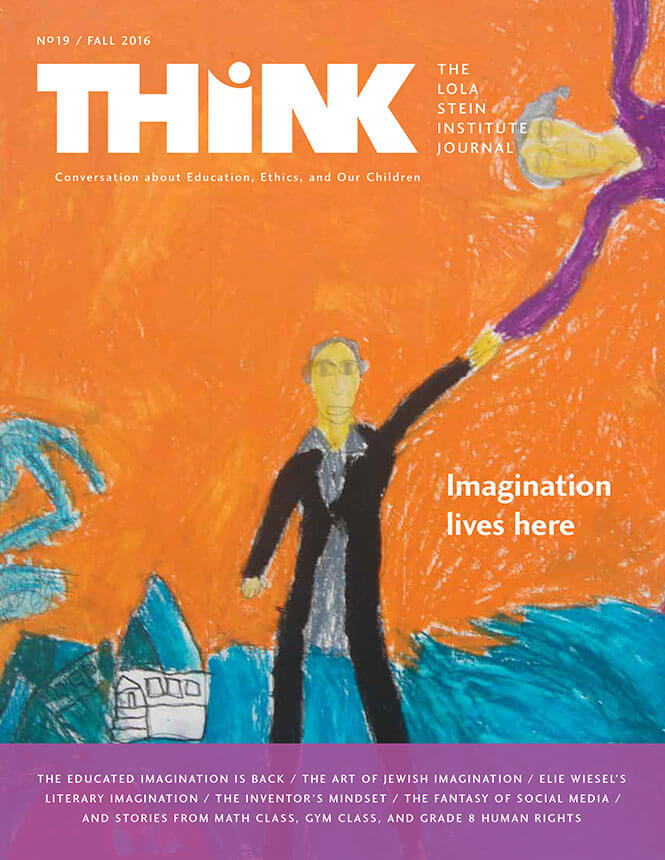