Jewish history records the meaning that we make of our people’s story. As Jewish parents, writers, publishers, and teachers of history, the job before us is not merely to re- count what happened, when, and where, but to ensure that the story has significance. Doing Jewish history reminds us that in the roll out that is eternity, it’s now our turn to model the meaningful lives from which our children and grandchildren will learn.

At its best, studying history examines the road taken in previous generations in a way that reveals that how things are today is anything but inevitable. The sciences, such as geology and paleontology, record the evolution of the world; history records human involvement in it. The society in which we are immersed today is the product of past human actions, ideas, and specific events. The buildings we live in, languages we speak, jobs we do, technology we use, even our games and hobbies—they all have histories. The student of Jewish history will consider those who lived, worked, and created Jewish moments and the backdrop that was their historical circumstance. Memorializing, more than noting events, is the Jewish method of recording history.

Northern Lights: A Canadian Jewish History is precisely such an act of memorializing. To find meaning in history, it helps to start at home. Published by The Lola Stein Institute, with The Canadian Jewish News, it tells how Jewish artists, writers, entrepreneurs, historians, lawyers, activists, and athletes in Canada met the test of being immigrants, second-generation builders, and next-generation visionaries.

Teaching history well includes training children to think like historians and understand how historians construct their knowledge of the past. It means ensuring that as much as possible, students engage in the actual work of doing his- tory, not just reading about it. To “do history” means working with primary sources wherever possible. This volume of Canadian Jewish history, inspired by the primary newspaper sources of The Canadian Jewish News, offers a new tool for making history meaningful for young Canadian Jews. Jewish history functions as a diary of our people, a record of conversations, debates, and decisions that can help us to best meet the situations of our times. How we act in society is part of the Jewish covenant and the documentation of Jewish conversations from ancient times are scrolls, Talmudic volumes, annotated siddurim, and haggadot. In modern times, following the Holocaust, landsmanshaft societies and survivors worldwide created Yizkor books to keep safe the memory of European Jews. The very act of writing these books—not merely the content within them—constitutes a Jewish response to history.

We also teach students to think like historians because it raises them to be better citizens of a democratic society. Learning how to research, compile, analyze, and report on history prepares them to critically assess historical information that may be presented to them from time to time. It equips them to inquire into sources and bias, and to be skeptical of the simplifications of history that are sometimes presented for political expediency.

Torah narratives tell that God has a “stake in human his- tory.” Rabbi A.J. Heschel writes, “This is the secret of our legacy, that God is implied in the human situation and that man must be involved in it. Thou shalt not stand idly by the blood of thy neighbor (Leviticus 19:15). This is not a recommendation but an imperative, a supreme commandment.” Our daily prayer service invokes us to remember the kind deeds of our ancestors: Abraham, Isaac, Jacob, Sarah, Rivkah, Leah, and Rachel. Our prayers do not lead us to re- cite the dates on which they departed from Haran or arrived in Canaan; rather, they direct our reflection on their roles and contributions.

Understanding the historical process and learning to note the perspective of the storytellers opens students’ curiosity for how their own identities are a function of historical moments. When history recedes too far into the past for personal connection, a focus on primary sources and artifacts allows students to make conjectures for themselves. An ancient grave’s headstone that bears both Hebrew and Greek lettering and images, juxtaposed with a Talmudic text on the permissibility of studying Greek wisdom, helps students perceive the cultural tensions that Jews experienced under Hellenistic influence in the second century BCE. It also lets students compare the Hellenist period with a Canadian- Jewish moment when a kippah, woven with a Toronto Maple Leaf or Montreal Canadiens logo, expresses another complex identity.

A mind that is unconscious to history lives in an apathetic present. It assumes that the way things are—or seem to be—is how they always were and always will be. A mind that is awake to history recalls the deeds of our ancestors and re- minds us that, like them, we have the will and responsibility to shape the future. 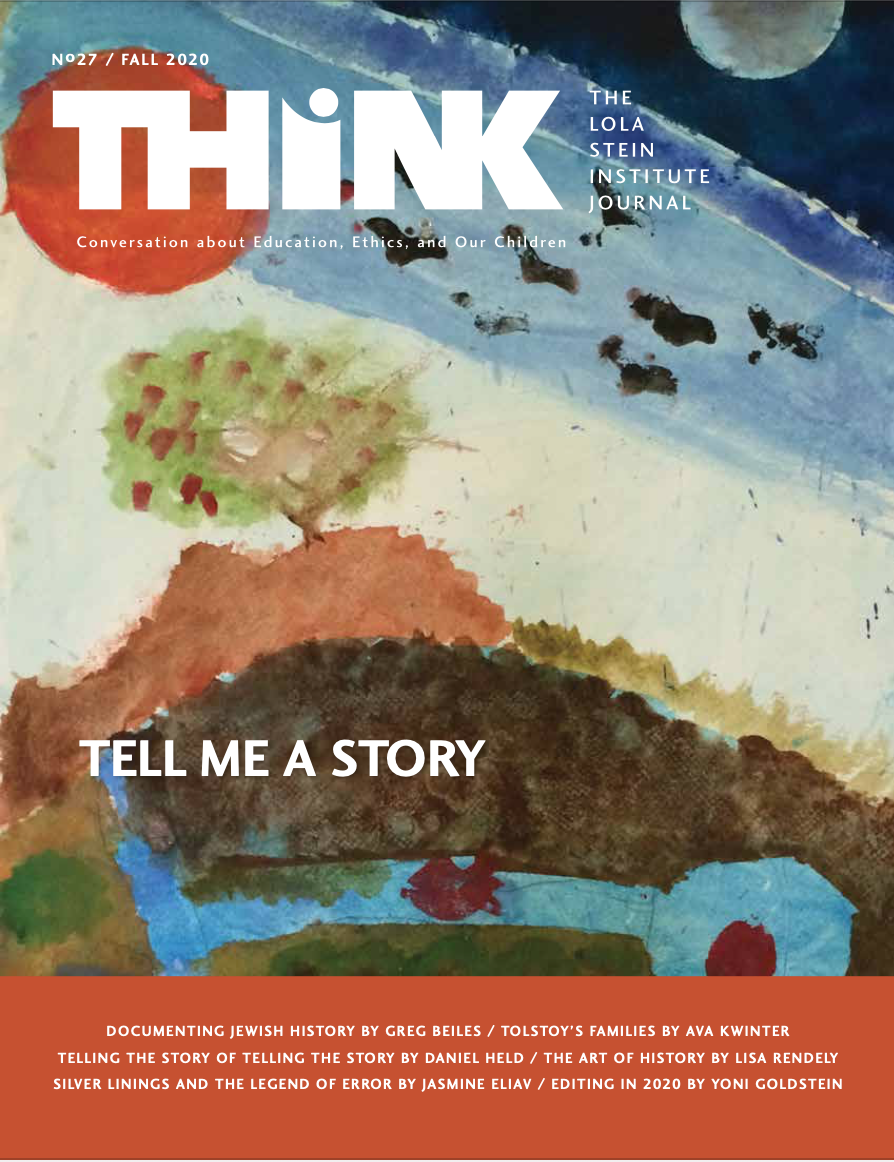