“Through the Classroom Window” is an opportunity for teachers to share the inspiring learning that takes place in their classrooms, giving others a glimpse into the heartbeat of the school. Today, Grade 8 teacher, Elana Moscovitch, shares how experiential cooking connects students to diverse Jewish culture and history.

In Grade 8 Civilizations, students have been learning about the Ottoman Renaissance.

After Jews were expelled from Spain, many moved to regions in the Ottoman Empire. Rulers there were more tolerant of non-Muslim religions, allowing peoples to live relatively freely, enjoy the occupations they had prior to the Spanish Inquisition, and practice their religions.

To learn about the diversity of Jewish life and culture in the Ottoman Empire, including its link to Spanish identity, Grade 8 students participated in a “cooking project.” The practice of cooking was an experiential method for students to learn about cultures in each region and their interconnectedness and continuity from Spain. 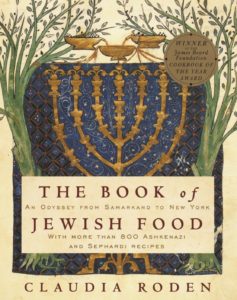 Much of our research was inspired by Claudia Roden’s The Book of Jewish Food. It was an important resource for this unit, with chapters organized around different world regions including Salonika, Yemen, Syria, Turkey, and Morocco. One group of students covered Egypt, which was not featured as prominently in the book.

Students did their research as a group during class time. They planned a complete menu and decided who would cook which dish. To adhere to COVID and kashrut restrictions, each student was instructed that they would make their recipe at home with their families. 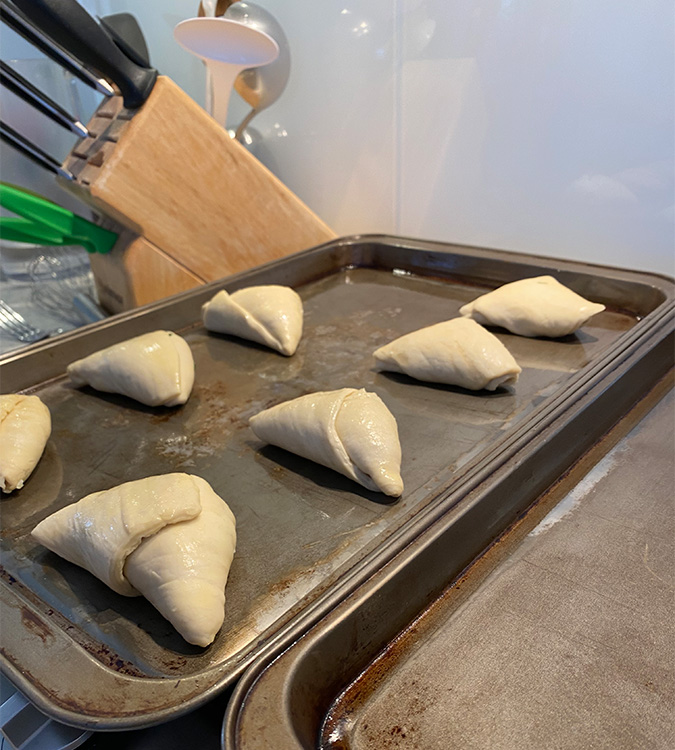 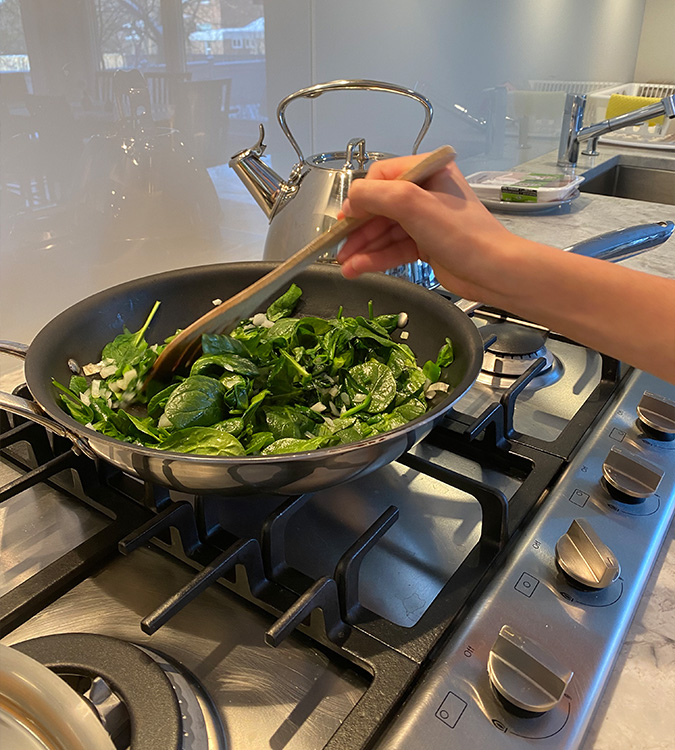 Many students said it was their first time cooking with their families and that they felt proud to take on the challenge. For example, Jacob researched Turkey and made Turkish bourekas with his father. He said he had to order one of the ingredients online because it wasn’t readily available! For some, it was an opportunity to connect with grandparents and learn from them, like Naor, who made Egyptian kebabs with his grandmother, using sumac as an ingredient in the recipe.

Other students are experienced chefs at home. Eytan, whose family is Iraqi and whose father speaks Arabic, said he often helps make family dinners. As such, making a Syrian taboule wasn’t difficult for him. Hannah made a Syrian lentil soup; her family liked it and said it tasted like pea soup. Sammy was excited to learn to make chicken kofte with her mother and said her family really enjoyed them for dinner, although they were spicier than the chicken they usually eat. 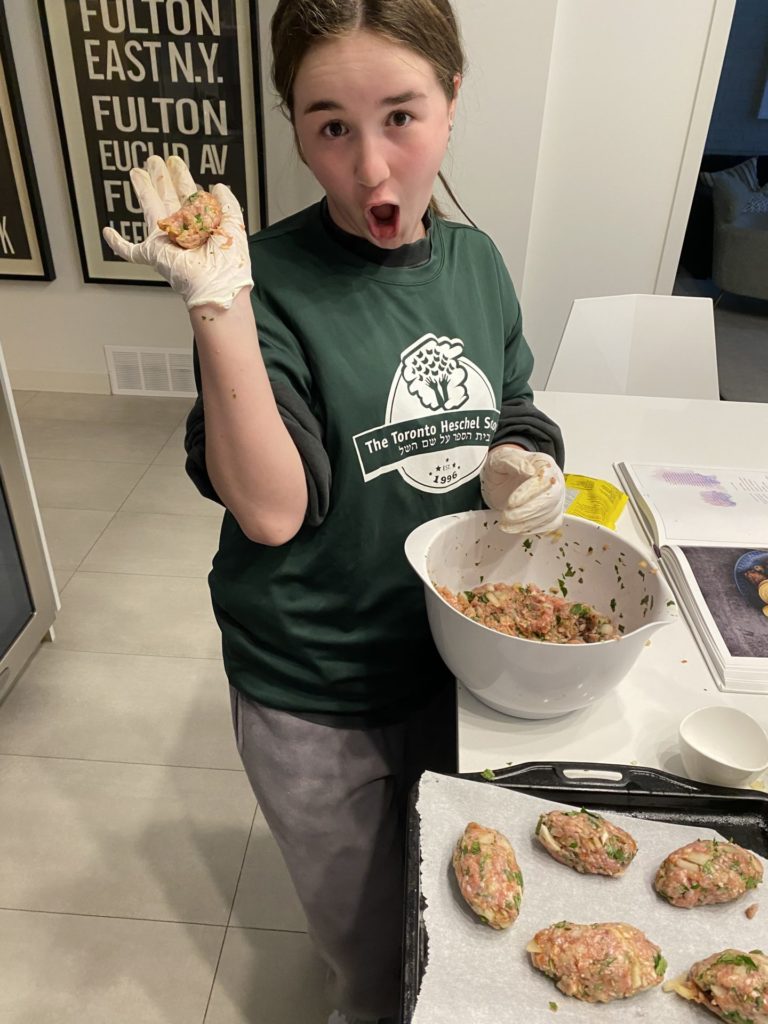 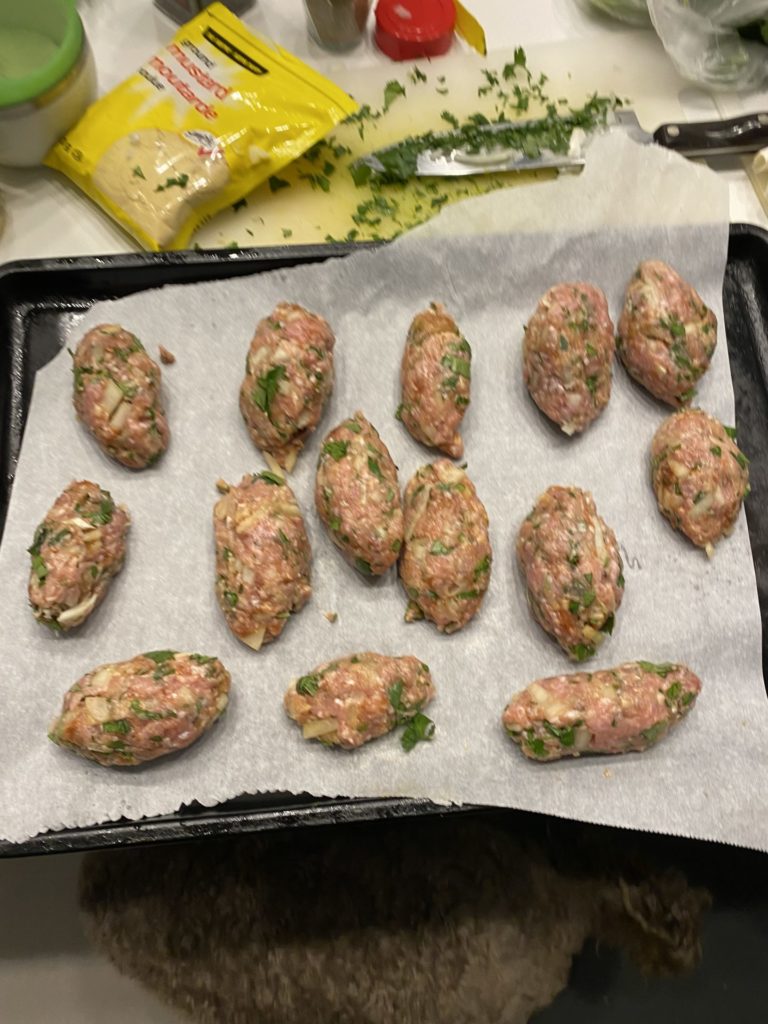 Mira, who made a Syrian bread with zoug, said although the recipe was complicated she enjoyed making it. Her peers were curious about zoug, asking how it tasted. Mira described it as a relish made of jalapeños, lots of salt, parsley, cumin, and other spices.

For others, it was an opportunity to learn about their own culture. For example, Ava did extensive research on Moroccan culture, which is part of her background. She said she learned a lot that she didn’t know before. Her group taught the class about Mimoune, a Moroccan celebration that takes place after Passover.

In addition to cooking, students put together slide shows about their chosen regions and presented their work to the class. Their peers were impressed by the layout of the slides (many students found food-themed backgrounds) and the complexity of the recipes. Mira asked for copies of other students’ recipes so that she could try making them at home. As such, I put together a “cookbook” comprising the students’ recipes. I will send it home to families over the break so that they can learn about the regions and try out some new recipes.

Click here to view the cookbook and relish the recipes.

NEXT ARTICLE
Reflections on Elul